The city of Atlanta offers plenty of excellent running routes for runners of all experience levels. Check out our list of the top 10 places to run in Atlanta to plan your next adventure.

Piedmont Park in Atlanta’s Midtown area is the largest park in the city. Featuring more than 4 miles of trail, Piedmont Park is home to a running track and sports fields and several notable points of interest. As you run, check out the promenade area, and two off-leash dog parks, and run around the clear waters of Lake Clara Meer. You’ll also pass by the entrance to the Atlanta Botanical Garden, although there’s a fee to enter. The promenade area also features gorgeous views of the newly-opened woodlands and wetlands area. The final stretch of the main loop around Piedmont Park encircles the Piedmont Park meadow, one of the most popular areas in the city for a picnic. This area also features an educational garden for children.

Tips: If you run this route on a Saturday, stop at the Piedmont Park Green Market on your way home to grab a snack or brunch. It’s open from April through November.

Tips: This is a very family-friendly route and is often busy with other runners and bikers.

The Silver Comet Trail is an epic 61.5-mile trail that spans from the Atlanta suburbs in Smyrna to the west Alabama border. One of the best places for an off-road, long run, the Silver Comet Trail is paved, flat, and offers scenic terrain for some of the best running near the city. It’s also lined with trees, offering much-needed shade during those blistering summer months in Atlanta. The route follows an old railroad bed and stretches through lush forest, grassy farmland, and quiet neighborhoods in the suburbs. Starting in Smyrna, the first four miles are typically the busiest because it’s the longest stretch of running trail you’ll find near Atlanta. However, keep at it; you’ll find the rest of the path pleasantly peaceful and a bit less crowded. Since the trail lacks any lighting and is somewhat secluded, we recommend the buddy system for early morning or evening runs.

Tips: Mile markers along the trail make it easy to track how far you’ve run, and you’ll find restrooms, water fountains, and free parking at the Smyrna trailhead.

Cochran Shoals is one of the most popular parks in metro Atlanta’s Chattahoochee River National Recreation Area. Here, you’ll find the Cochran Shoals Trail, an excellent 5K run in the city. The route starts at the park’s southern trailhead on Interstate North Parkway and follows the Chattahoochee River through marshlands and stunning grassy meadows. As you run alongside the river, you’ll be rewarded with scenic water views full of local wetland wildlife. At 1.75 miles, the Cochran Shoals Trail also connects to Sope Creek, a nearby park where you’ll find more trails and Civil War paper mill ruins. Further along the route, the trail crosses over a creek and continues through the marshland until it loops back to the southern Cochran Shoals trailhead.

Tips: This trail is extremely popular on weekends, so consider heading there on a weekday if you prefer a less crowded trail running experience.

Tips: The park has no dedicated parking, but you can park at several sites along the Freedom Park Trail, including the points of interest listed above.

The West Palisades Trail at Paces Mill Park is a scenic and paved 3.6-mile running trail on the bank of the Chattahoochee River. It’s a hilly route that passes right by a waterfall and underneath the shade of deciduous trees along the path, which offer welcome shade during the hotter months of the year. Along the way, you’ll also see plenty of local wildlife, including deer, geese, and herons. If you’re feeling adventurous, you can take one of the many dirt side trails that veer off the main paved path to access Rottenwood Creek, a popular swimming spot for dogs. Plenty of parking is available at Paces Mill Park, but visitors must pay a small fee.

Tips: Want to explore more of this area? You can access the incredibly scenic running and hiking trails across the river at East Palisades.

Druid Hills is a desirable Atlanta neighborhood with some of the best roads for running in the city. The area spans from Ponce de Leon Avenue (its central corridor) to Emory University and features big, shaded streets with spectacular homes. The community’s Olmsted Linear Park is a beautiful area and offers a paved running path that parallels Ponce de Leon for about 2 miles. It meanders through several other local parks, including Springdale Park, Dellwood Park, Shady Side Park, and Deepdene Park.

Tips: Druid Hills is just north of Freedom Park and all its points of interest, so you can easily make your way there after your run for more mileage.

The 30-acre Morningside Nature Preserve is less than 10 minutes from Midtown, but its rugged and natural scenery makes it feel like you’re deep in the woods of Georgia, far from the city. Many runners prefer the 2.5-mile out-and-back trail that stretches from the east end of the preserve to the west end, but you can also add in plenty of side trails if you want more distance. The main running route’s surface is mulch and packed dirt, which is a welcome change from the concrete and asphalt of the city streets. The preserve is also filled with creek crossings, so if you prefer to run with your dog, make sure you take them down to the creek for a refreshing swim.

Tips: If you’re looking for some hills, head to the eastern side of the park, where you’ll find a three-story set of stairs built into a hill. This is a great spot to boost your heart rate.

The Eastside Beltline Trail is one of Midtown’s most popular running routes. Stretching from Piedmont Park to Ponce City Market and Old Fourth Ward Park, the route provides 2 miles of paved trail featuring Atlanta skyline views, vibrantly painted murals, and local art installations along the way. After you run through the underpass beneath Virginia Avenue, the path will lead you across Ponce de Leon Avenue via a bridge. Follow the route and you’ll have the chance to check out Ponce City Market and the historic Old Fourth Ward neighborhood before continuing to the North Avenue Bridge, where you can enjoy fantastic city views. The trail leads you under the Highland Avenue bridge, where it ends shortly after.

Tips: Along this route, you’ll also encounter the Old Fourth Ward Skatepark, Atlanta’s first public skatepark. But it’s not just a place for skateboarders; It’s home to a massive green lawn that serves as a venue for many local events, including the occasional yoga event.

Head to the Kennesaw Mountain Battlefield National Park for a scenic escape from the city. It spans nearly 3,000 acres and is home to several great running trails. Whether you prefer a gentle, flat route or a hilly, off-road adventure, this national park has it all. The Red Mountain Loop is one of the more popular running routes here. This 5.8-mile route stretches from the visitor’s center to Burnt Hickory Road, featuring sweeping skyline views of the city and the far-off mountain tops in Georgia. Alternatively, the 5.5-mile Cheatham Hill Loop Trail offers an unpaved trail that meanders through forest, grassy meadows, and historical Civil War battlefields featuring old cannons and monuments.

Tips: Kennesaw Mountain is most famous as a Civil War battlefield and is full of interesting historical attractions to check out after your run. Other nearby points of interest include the Marietta Museum of History, the Southern Museum of Civil War and Locomotive History, and Pickett’s Mill State Historic Site.

Discover the best cities to run in the US: 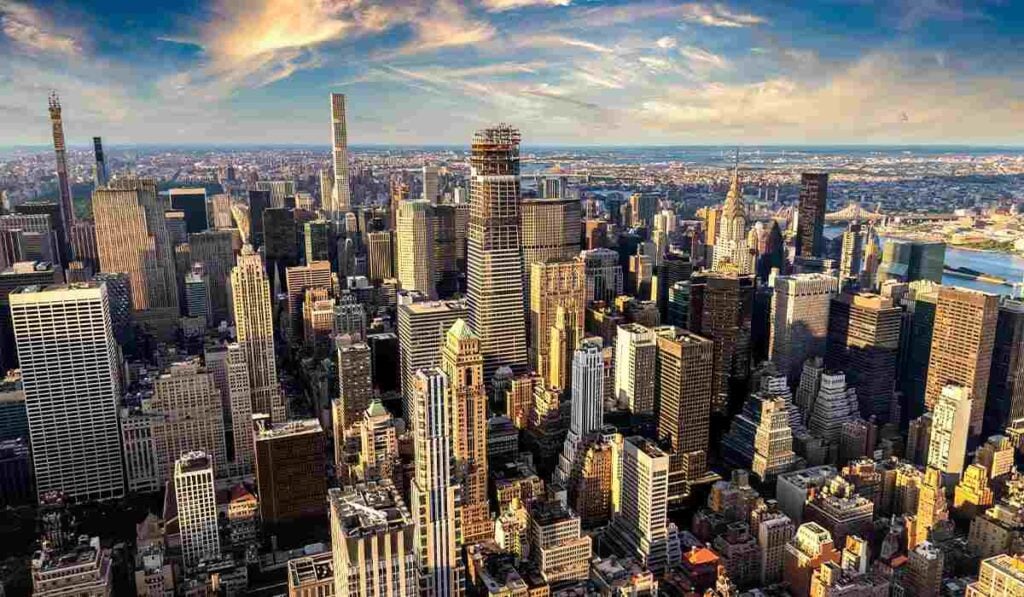 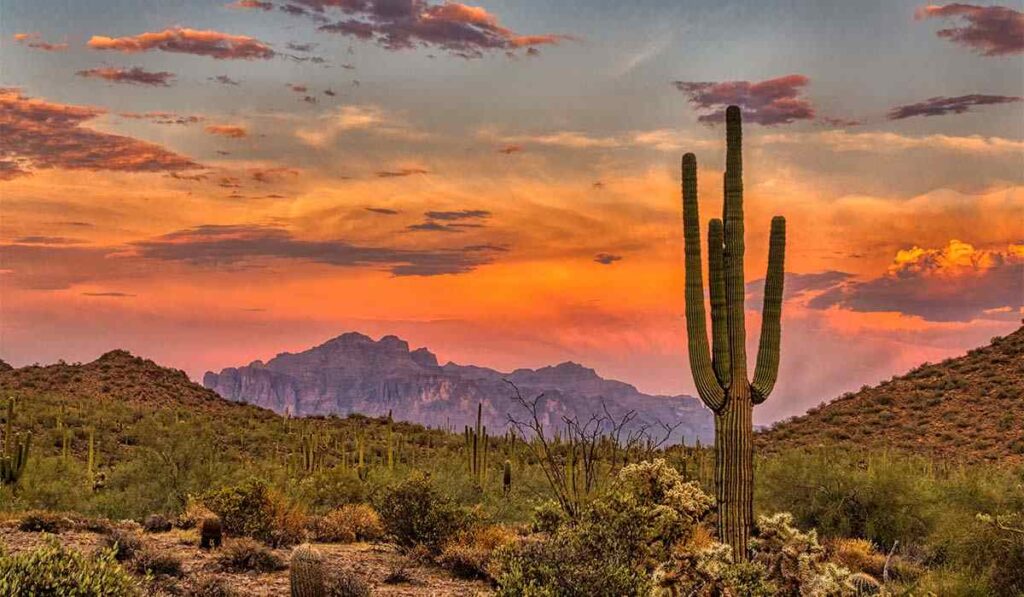