For an unforgettable East Coast adventure, cycle on any of Rhode Island’s well-loved bike trails. The following routes are some of the most highly recommended, featuring coastal views, fascinating historic landmarks, and easy access to many of Rhode Island’s beautiful parks and communities.

The William C. O’Neill Bike Path (also known as the South County Bike Path) is a 7.8-mile path that stretches from Amtrak’s West Kingston Station to Narragansett on the Rhode Island coast. The trail passes through a densely forested area and the Great Swamp, following the former Narragansett Pier Railroad and offering plenty of natural wildlife viewing, including flocks of migratory birds. While you ride, you’ll pass Tefft Historical Park, where archaeologists found evidence of early Narragansett tribes, and Tri-Pond Park, featuring beautiful ponds, streams, nature trails, and a nature center. Although the path is paved, it does have some elevation changes, so be ready for a few ups and downs along the way. Although this bike trail ends in downtown Narragansett, the beach is just a short mile away!

Tips: About a mile into the William C. O’Neill Bike Path, you’ll also encounter a 2.1-mile trail that leads straight to the University of Rhode Island.

The Washington Secondary Bike Path offers 19 miles of flat, paved, and scenic riding through central and western Rhode Island. The trail includes five segments worth exploring, whether you tackle them all on one day or individually: the Trestle Trail, Coventry Greenway, West Warwick Greenway, Warwick Bike Path, and Cranston Bike Path. The Washington Secondary Bike Path is one of Rhode Island’s longest trails and features plenty of remarkable sights to see along the way. From waterfalls, old mills, and parks to an old red caboose, river crossings, and more, there are plenty of views to keep you entertained as you ride. The eastern portion of this trail is more urban, offering access to residential and commercial areas, and if you head west toward Connecticut, you’ll be stunned by its natural beauty.

Tips: More than half of the path runs parallel to the Pawtuxet River, and boat access is available throughout the route. The route also features an equestrian trail, which sometimes shares the bikeway.

The Fred Lippitt Woonasquatucket River Greenway is a 5-mile bike path that meanders through primarily residential areas of Johnston and Providence, Rhode Island. Sections of the route are heavily-trafficked on-road areas, while other portions are off-road bike paths. Along the way, you’ll pass local art pieces that help tell the story of the community and encourage you to take in and enjoy your surroundings. The greenway also passes several local parks, including Merino Park, Riverside Park, Donigian Park, and several others.

Tips: If you’ve never cycled on the road with motorists before, you may want to avoid the on-road sections of this route, as they are very heavily trafficked.

The Quonset Point Bike Path is a short, paved, 3.7-mile route on Rhode Island’s eastern coastline. The trail begins at Calf Pasture Point Beach, a stunning waterfront area with parking, water access, bathrooms, and a fitness area (if you want to add some basic strength training to your running routine). Although it begins at the coast, where the views of Narragansett Bay are abundant, the Quonset Point Bike Path heads west through a forested route full of quiet residential neighborhoods and ends near the Seabee Museum and Memorial Park. If you start your ride at the coast and end it near the museum, you can take some time to explore the area’s heritage and history and refuel at one of the local restaurants before heading back to the coast. The route is entirely off-road, so you won’t have to deal with vehicle traffic as you ride.

Tips: North Kingstown is home to many other nearby beaches and unique shops, and you can even catch a ferry ride to Martha’s Vineyard.

The Colt State Park Loop in Bristol was once a private farm on the bay, but today, it’s public land that many cyclists enjoy exploring. You can easily access this 3.9-mile bike route by parking in Colt State Park. It’s relatively smooth with a few challenging climbs, but the bay views are well worth the effort. The loop cuts through the Gut Salt Marsh and offers an enchanting woodland trail that guides riders to the stunning Narragansett Bay, where they can soak in the views over the water. The trail ends at the town beach, which features a youth fitness station, skate park, and playground. Simply follow the small path near the youth fitness station to get back to the main loop at the edge of the salt marsh.

The Coventry Greenway is a 4.5-mile rail trail through the beautiful forests of western Rhode Island. It’s part of the East Coast Greenway, a massive walking and biking route that stretches 3,000 miles from Maine to Florida through 15 different states. This portion of the route leads you through a winding forest trail through the tall trees, over bridges, and past rivers and ponds, including the Moosup River, Carbuncle, Stump, and Johnson’s Pond. At these waterways, you’re likely to catch sight of many birds, turtles, and fish. The historic Anthony Village Mill is also along this route, one of the earliest mill villages in the region. Although it’s a moderately easy ride, the Coventry Greenway does get pretty hilly toward the end, which may be challenging for some cyclists.

Tips: Certain portions of this trail are shared with equestrians, and you may also take a mountain bike on these sections.

The Blackstone River Greenway (also known as the Blackstone River Bikeway) offers about 19 miles of trail featuring fascinating historic landmarks, beautiful scenery, and excellent wildlife viewing opportunities. The route follows the Blackstone River and takes you on an adventure from Providence to the Rhode Island-Massachusetts border, where you’ll pass the Captain Wilbur Kelly House Museum, Old Slater Mill, and Blackstone River State Park. At the state park, you can stop and enjoy the sights featuring plenty of local wildlife like turtles, Great Blue Heron, Osprey, and other birds, as well as many small mammals scurrying about. This trail also features several waterfalls, bridges, and old mill structures worth stopping to look at.

Tips: The southern portion of the Blackstone River Greenway includes some on-road riding, so be prepared to share the road with vehicles.

When it comes to excellent mountain biking in Rhode Island, Diamond Hill State Park is the place to be. There are two sides to this park: the town-owned ski hill portion, which consists of a pump track and some hiking and singletrack trails, and then there are the more challenging, more well-known mountain biking trails on the other side of the park. This side is home to a maze of mountain biking trails featuring incredible trail features, rock faces, and more. If you can make it up the initial steep, rocky climb, you’ll be rewarded with fun descents, flowy and technical singletrack, wonderfully-crafted berms, incredible jumps, and challenging rock faces. Some popular trails include the Rhody O, Chuck Norris, Clyde Frog, and the 10-mile XC loop.

Tips: The mountain biking trails here resemble a honeycomb, and the trails aren’t well marked, so plan on referring to a map to find your way through it all.

The East Bay Bike Path is a well-loved ride in New England. Earning the Hall of Fame Rail Trail status in 2009 and a designated part of the East Coast Greenway, this 14.5-mile bike trail meanders through five communities and features loads of natural beauty. Starting at India Point Park in Providence and heading south, you’ll enjoy passing through several parks, green spaces, and quaint villages, all with amazing coastal views. Along this route, you’ll also pass the access road for Colt State Park, which has its own network of bike trails to explore. The bike path ends at Independence Park, which overlooks Bristol Harbor and offers four beautiful acres of picturesque waterfront land, perfect for a relaxing picnic after your ride.

Tips: If you ride in the opposite direction (beginning at Independence Park and ending in Providence), you may also want to continue the ride north for more mileage on the popular Blackstone River Greenway.

Discover the best US places to ride a bike: 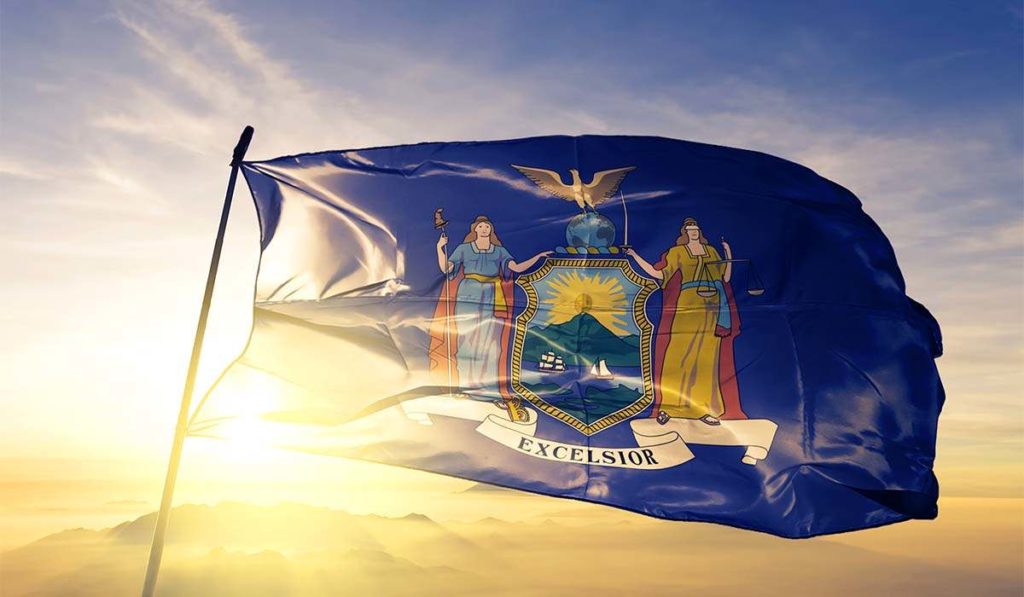 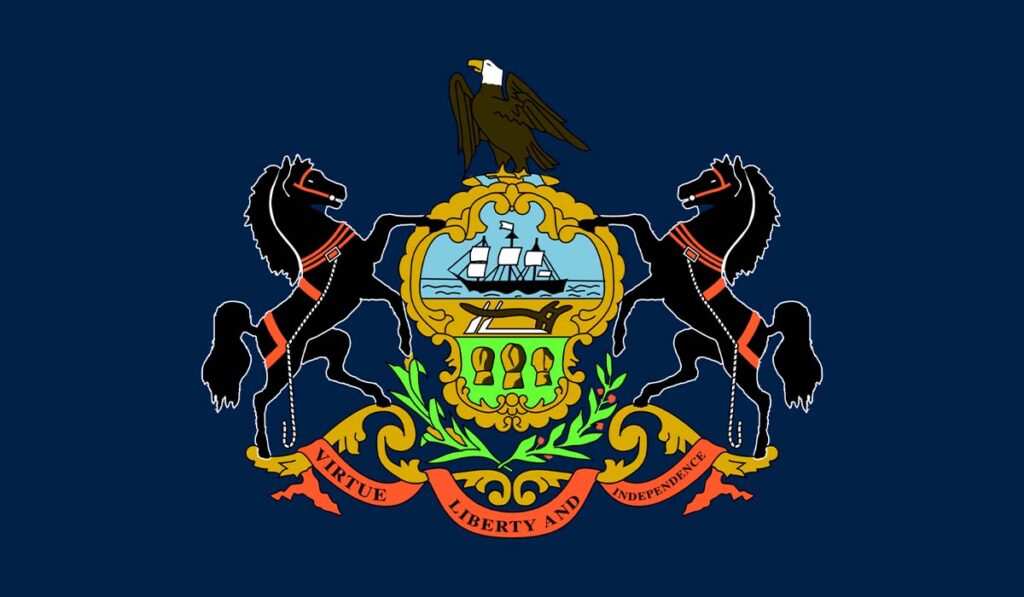